Which Ltl Acorn wildlife camera should I buy? 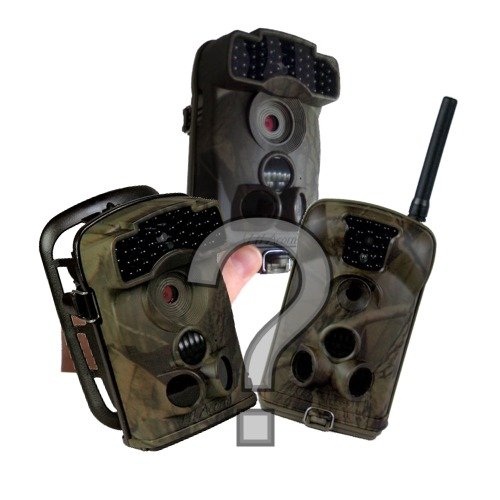 As Ltl Acorn extend their range of wildlife trail cameras it can become more confusing when choosing which camera model is best for your application so here is a short & basic explanation of the main differences and key features of the various models:

Ltl Acorn 5210A – at the time of updating this post (July 2018) this is still the best selling model in the range, will cost you a bit less money than the others too.  It doesn’t offer as much night vision range as the 5310, 5610 or 6310 series cameras with less infrared leds built in but dependent upon your application this is not always a bad thing.  Offers 1080P video and audio recording.  Has the capacity to hold 8 AA batteries.  SD card capacity is 16G maximum.  Infrared brightness adjustment feature built in.  Timer recording to allow the user to set the camera to record only between certain times of day. 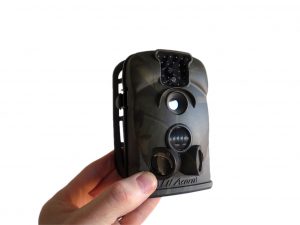 Ltl Acorn 5310A – the 5310A series cameras has all the features of the 5210A mentioned above but with about double the infrared leds and so double the night vision power, plus you can adjust the brightness of the infrared if you are having white out issues in your night time videos/photos.  Useful for applications when your planned camera location is further away from your likely subject area.  Offers 1080P video & audio and can hold a maximum of 8 AA batteries.  SD card capacity is 16G maximum.  Also available with a wide angle lens (mentioned below).  All of the Ltl Acorn cameras also have Timer recording to allow the user to set the camera to record only between certain times of day. 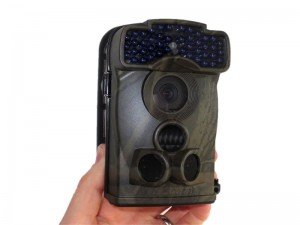 Ltl Acorn 5310WA – this is a variant of the 5310A above and has a wide angle lens so increased angle of view over the standard lens version.  The wide angle lens will give you an angle of view of around 100 degrees whereas the standard lens offers about 50 degrees.  This can be useful in some applications but take a look at the lens comparison images on our product web pages before you decide which will suit your application the best.  Infrared brightness adjustment feature built in.  Timer recording to allow the user to set the camera to record only between certain times of day.

Ltl Acorn 6210MC – the 6210MC is a different build to the 5000 series cameras and is sometimes preferred due to being able to see the LCD screen when setting up, this can help get the right angle of view without having to take too many “trial & error” photos.  1080P video with audio and the capacity to hold 12 AA batteries.  The 6210MC wildlife camera can accept SD cards up to 32G in capacity.  Timer recording to allow the user to set the camera to record only between certain times of day.  Infrared brightness adjustment feature built in. 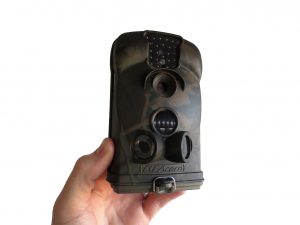 Ltl Acorn 5610A & 5610WA: the 5610 series cameras from Ltl Acorn follow most of the specifications and list of features of the 5310 series cameras except that they have a larger rear battery compartment and so can hold up to 12 AA batteries and take an SD card up 32G maximum.  They also have a feature which allows the user to input GPS coordinates of the camera location, these coordinates will then be stored in the properties of each recording video clip or image.  A feature that can be useful for wildlife research as it allows the user to pinpoint exactly where a certain image or video was recorded at a later date.  The 5610 is also available as either standard or wide angle lens versions and offers 1080P video with audio plus the highest resolution photos/images of the entire Ltl Acorn range (as at July 2018) at 14MP quality – this is set to be eclipsed later in 2018 by the new Mini30 trail camera (which may have the ability to snap 30MP images).  Infrared brightness adjustment feature built in.  Timer recording to allow the user to set the camera to record only between certain times of day.

Ltl Acorn 6310MC & 6310WMC:  the 6310 cameras use the larger infrared array for maximum infrared power.  Available in standard or wide angle lens versions.  Video recording at 1080P with audio, capacity for 12 AA batteries and a 32G SD card (max).  The 6310 series cameras also have a weatherproof rating of IP66, this is currently (July 2017) a level higher than all the other cameras in the range as they all have an IP54 rating.  This means that the 6310 wildlife cameras are even more proofed against the elements.  The 6310 Ltl Acorns are also the personal favourite of Ron Bury of www.ronburyswildlife.com (UK Ltl Acorn specialist), this is mainly due to Ron being located in the Scottish Highlands where the humidity levels are high.  Infrared brightness adjustment feature built in.  Timer recording to allow the user to set the camera to record only between certain times of day. 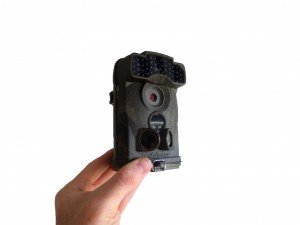 It has an IP68 weatherproof rating, higher than the vast majority of trail cameras on the market today.  This extra weatherproofing means that the Mini30 is more reliable and less prone to moisture ingress when left outside in all weathers.

Instead of using a built in LCD screen it’s supplied with an external screen.  This means you can have multiple cameras out in the field and just take 1 screen out with you when checking for recorded video footage & images.  The screen draws power from the cameras’ batteries so you don’t need to worry about carrying a separate power source around with you either.  Another massive bonus of the external screen is that when positioning and setting up the camera you can see exactly what the lens is “seeing”, this makes positioning so much easier and avoids the time consuming trial & error set up of many other trail cameras as you struggle to get the camera position and angle just right.

Oh and another thing! – the Ltl Acorn Mini30 wildlife surveillance trail camera has 2 different infrared versions available and one of them “white light” allows you to capture colour night time video footage and images – a first for trail cameras!

The Mini30 from Ltl Acorn is also just about the smallest trail camera we have ever seen (take a look at the image below)! 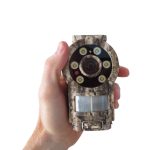 I hope the information above helps you make your choice but you can’t go far wrong with any of the Ltl Acorn cameras really.  For value for money, features and durability they are as good as any trail camera range on the market and comfortably beat most on price too!

Each of the above models also have a cellular version (except for the Mini30) which will allow the user to set the camera to send images and/or video via email or mobile phone.  There are currently 2G & 3G cellular Ltl Acorn cameras available with a 4G version on the horizon (as at June/July 2019).

END_OF_DOCUMENT_TOKEN_TO_BE_REPLACED

A rare white coloured squirrel has been seen photographed in Royal Deeside and conservationists now plan to use remote trail cameras to confirm if...

END_OF_DOCUMENT_TOKEN_TO_BE_REPLACED

Since launch a few months ago the Ltl Acorn Mini30 trail camera has been immensely popular with wildlife enthusiasts.  One big selling point not...