Essex police, under Operation Bright Shadow, have been both following and using surveillance cameras to keep an eye on known offenders of burglary and petty theft.

The operation is believed to have cut these sorts of crimes in Laindon, Essex by 54% compared to the same period of time last year. 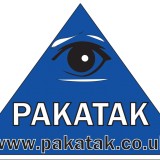